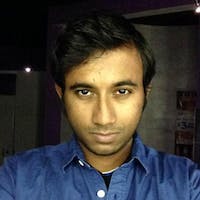 React has become the leading frontend library of choice among developers in recent years. The best way to learn and practice any programming language tool is to build stuff with it --- in order to so we need to setup a coding playground. The fastest way to get started with such a project is to bootstrap it with create-react-app (CRA) . The reason why such a thing exists is because modern Javascript tooling has become an incredibly vast space (hilariously explained here ). Starter kits such as CRA helps us avoid navigating that landscape and focus on coding the fun stuff. However, it is still essential as developers to know what are some of the key pieces of configuring a project. We will learn just that in this step-by-step guide for a minimal React project setup.

We will learn the following in this tutorial:

Let's get started by learning the basics of the tools we will use today to configure our first project.

React is a javascript library that has brought about a paradigm shift when it comes to building user interfaces. Developed and maintained by Facebook, it views the world through the lens of small, reusable components. Imagine a Lego set, where we put together blocks to create a structure. Similarly, React components don't mean a whole lot on their own, but when assembled in a systematic way through the hands of an experienced developer, it can become a powerful tool to build beautiful and complex user experiences.

The official site for Webpack describes itself to be a static module bundler --- but I believe it is selling itself short. Yes, it is that in the simplest sense, but it can do so much more. Webpack is an incredibly configurable tool that packages all the front end code (js, css, templating engines, static assets) and creates bundles that the browser can download to give your application functionality.

Babel is a javascript transpiler --- it compiles modern JS code into older versions so that older browsers can execute them. The latest versions of most browsers can parse through newer JS features, but legacy browsers can't. We don't want our application to fail to run on those browsers, and that is where Babel saves the day.

Alright, now that we've learned the core concepts of the tools we're about to use, let's write some code!

Please note: It's worth mentioning here that the node version in your machine must be 10.15.3 or higher. Check by typing node -v in your terminal. If you need an update, or don't have node installed at all, you can get the installer here

Open up your terminal and navigate to a directory where you would like to create your repository.

This will create a directory named "minimal-react-webpack-babel" where our code will live and a "src" subdirectory inside it.

We need to initialize package.json at this point

This will create the file in one go, with most fields being empty (like description and author) and other set to default (like version set to 1.0.0). You can come back later to fill them out appropriately.

Let's install webpack and webpack-cli in our project.

Pre v4.0.0 of Webpack used to look for a configuration file to run, but since version 4.0.0, Webpack is able to bundle packages out of the box.

In a later tutorial, I plan to demonstrate a more advanced setup for Webpack (environment specific configs, linters, test runners, etc) that will build on top of what we're learning today. We will leave it in its bare bones state for now.

Time to install react and react-dom.

React should be installed as a regular dependency and not as devDependencies because we need react available at application runtime and packaged into the production bundle of the application.

Alright, that was quick and easy! Let's move on.

We have to install Babel here, along with other necessary presets.

Explanation: React is written using modern ES6 features that older browsers cannot execute. Therefore, we need to somehow convert the modern syntax into ES5. Webpack cannot perform this action --- this is where Babel steps in to bridge the gap. This process is called transpiling.

We installed three dependencies using the command above:

Great, now that we understand that, let's configure babel to use the presets we just installed. First, we will need to create a file called .babelrc at the root of the project --- this will contain the config rules.

This is going to be a hidden file. Open up the file using:

... and add the following lines and hit save:

Let's install a dev-server now. Technically, it is possible move forward without the dev-server, but that would mean we will have to build our project every time we make code changes to it. That is not the world we want to live in --- we want our application to update as soon as we save our code changes. This process is called Hot Module Replacement. In addition to installing the dev-server, slight tweak to the webpack config will enable this feature for us.

Now, in order to have webpack build our code, we will need to add a script inside the scripts property of package.json. This will compile our code in production mode.

We will also add a start script that will spin up our dev server and enable seamless development environment.

The last dependencies we need to install in our project are html-webpack-plugin and html-loader.

We're done with installing dependencies!! What we need to do now is create an HTML file where React will mount our application. Let's call it index.html and put it inside the src directory we created earlier.

At this point in time, we will add minimal config rules to webpack. We will do so by creating a file called webpack.config.js and put all our rules there. In a future tutorial, we will build on top of what we are learning today and create separate config files for development and production environments. This will allow us to segregate environment specific rules, promoting scalability and maintainability.

... and add the following lines to it:

Explanation: These lines are telling webpack to do the following:

We've reached the end of our setup process -- we're now ready to write some React !!

We also need to create index.js inside src directory --- and import the component we just wrote.

The process is complete --- we've a React project using babel and webpack all on our own!! Now, if we run npm run start, webpack will spin up the dev server and open up our application in a browser window. Additionally, since we've enabled hot module replacement, if we make code changes to our application (edit existing "hello world" component, add new components, etc), we will immediately see our application update in the browser!

The finished repo is here

There is little doubt that create-react-app is the quickest and most convenient way to setup a react project (at the moment). However, it is an incredibly valuable skill to know how modern javascript tooling works --- and how we can piece these tools together to setup a front end project from scratch.

I hope this step by step guide has helped you understand some of that. Thank you for reading and stay tuned for more !! 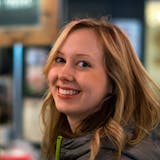 That Hackernoon article up top was hilarious and so accurate. As someone learning JavaScript, I can very much say that's what it feels like sometimes! Awesome article, Nasi. 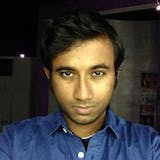 Haha yes, that article kills me every time.

Thank you for your kind words!